Project is the primary unit of development and deployment to production in Prophecy.

Project is Code on Git​ 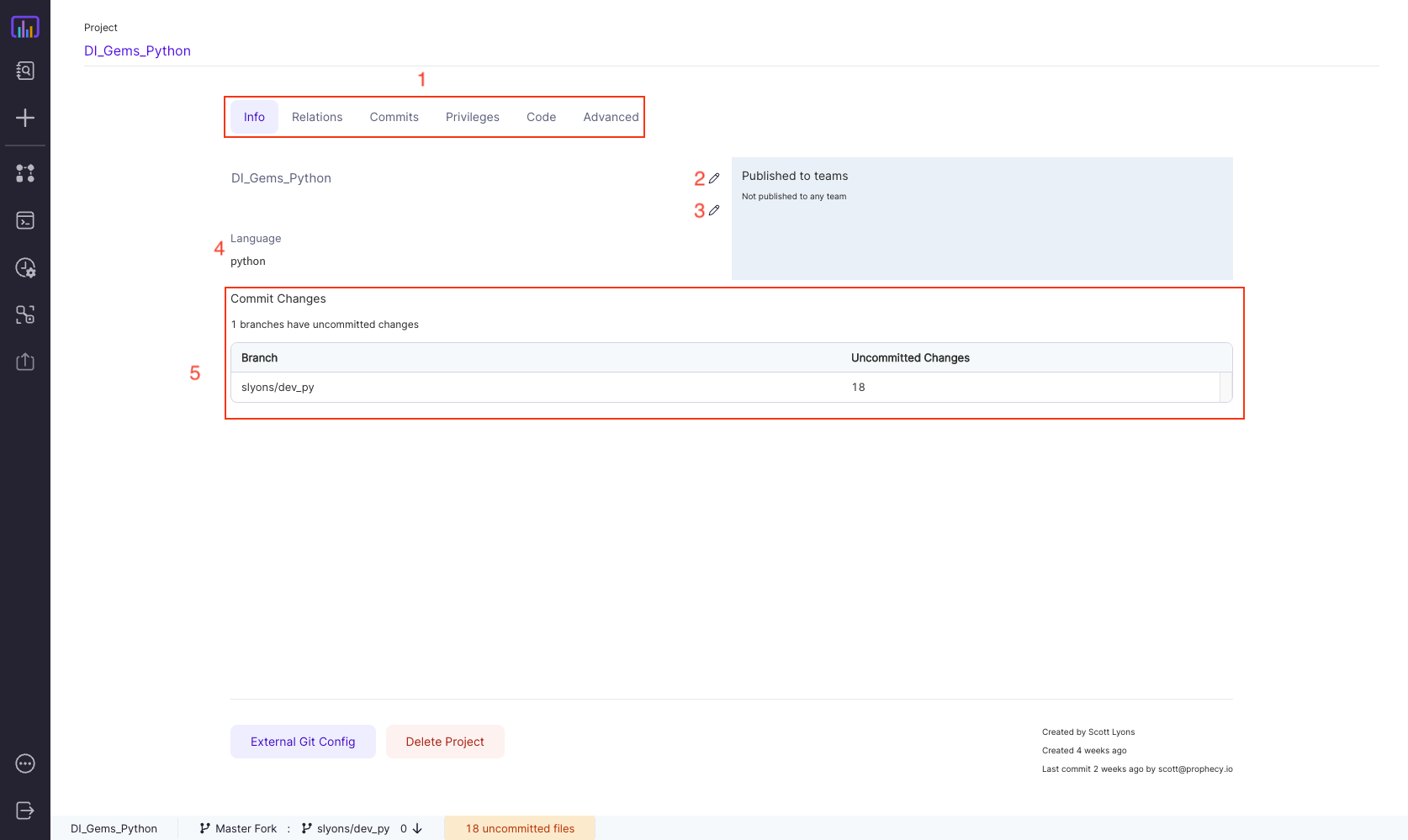 If you hover over any of the branches you'll have the option to commit the changes in that branch or delete the branch altogether.

The Relations tab on the Project Metadata page shows a list of all the component pieces that belong to this Project. 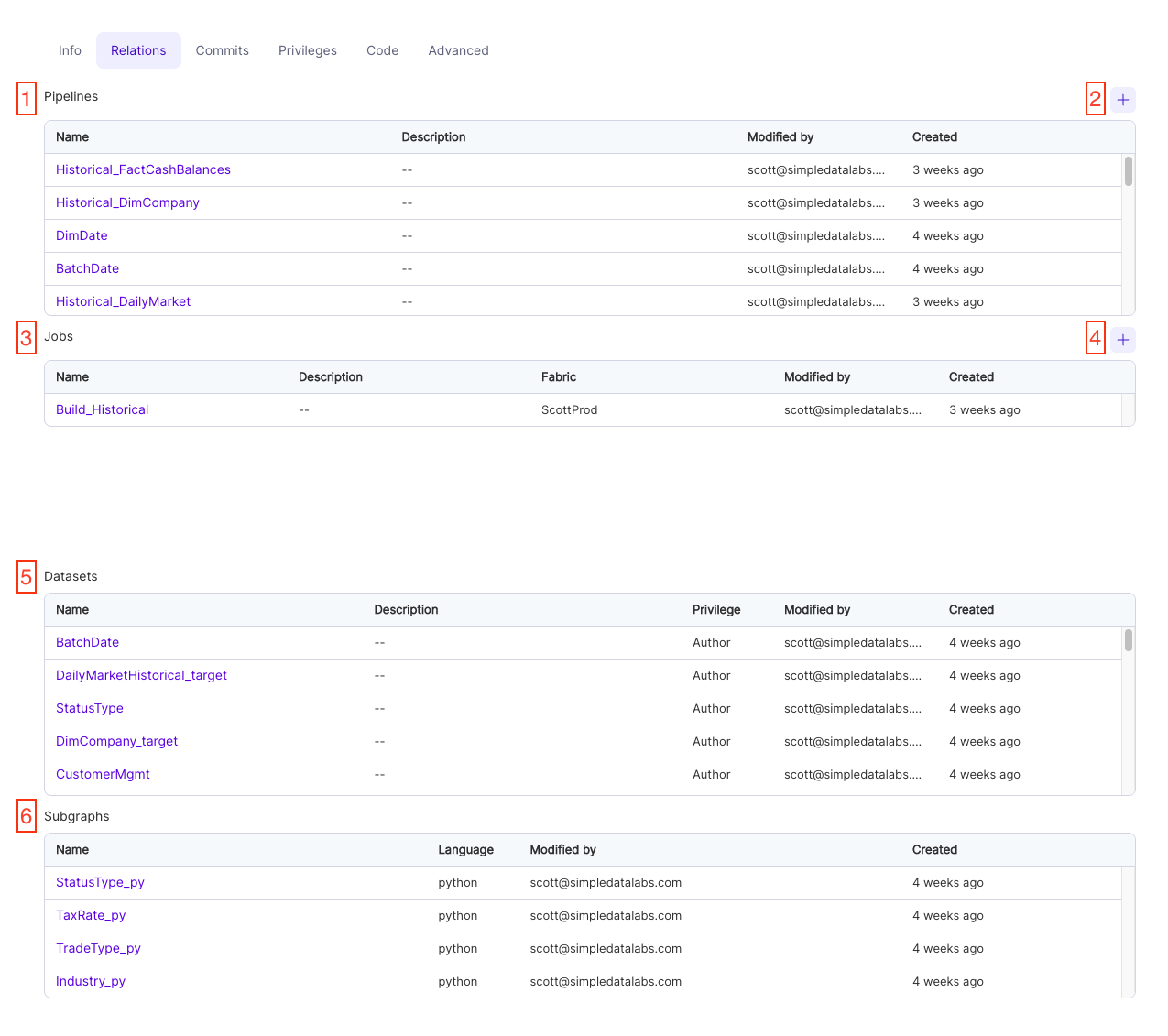 The Commits tab on the Project Metadata page shows the current Git state of the project and allows you to step through the process of committing, merging, and releasing your chanages.

For a walkthrough of the different phases of comitting a project, see this section. 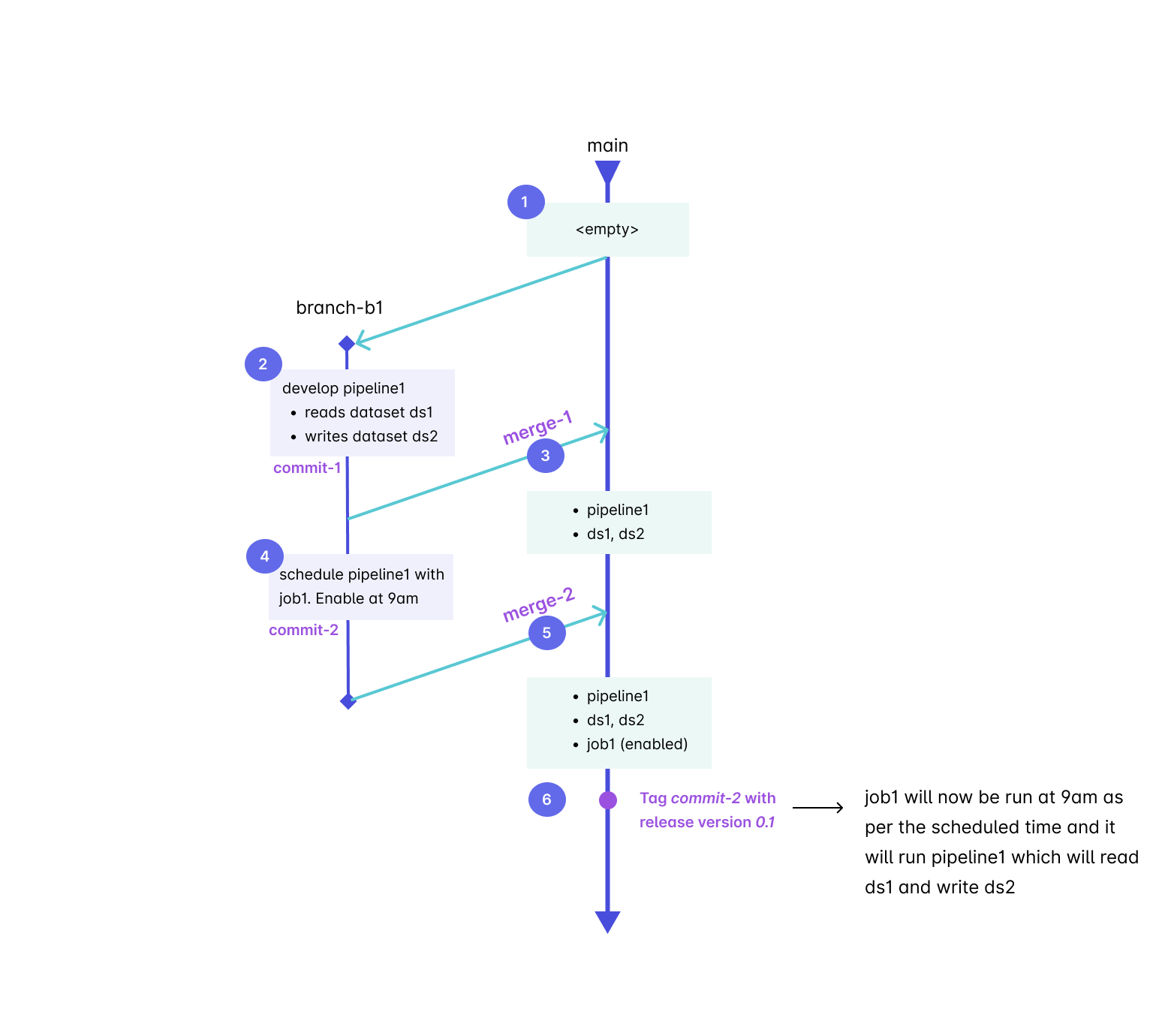 Here are the steps explained: In the Create Project pane you can set the name, output language (Scala or Python) and which team the project belongs to. It is strongly recommended that you connect to your Git repository to ensure that there is a secure copy of the code that you have direct access to.

It is not currently possible to switch the output language of a project after it has been created. Please choose the appropriate language for your environment.

2. Create, edit and commit the Pipeline​

When you create a new Pipeline, you have to choose the branch where it will be created - an existing one or a new one.

Then you will develop this Pipeline - you will make changes and commit them in this branch multiple times. The commit dialog opens when you click the bottom bar - orange color indicates uncommitted changes. When you commit, your changes are preserved in Git and are pushed to your branch. 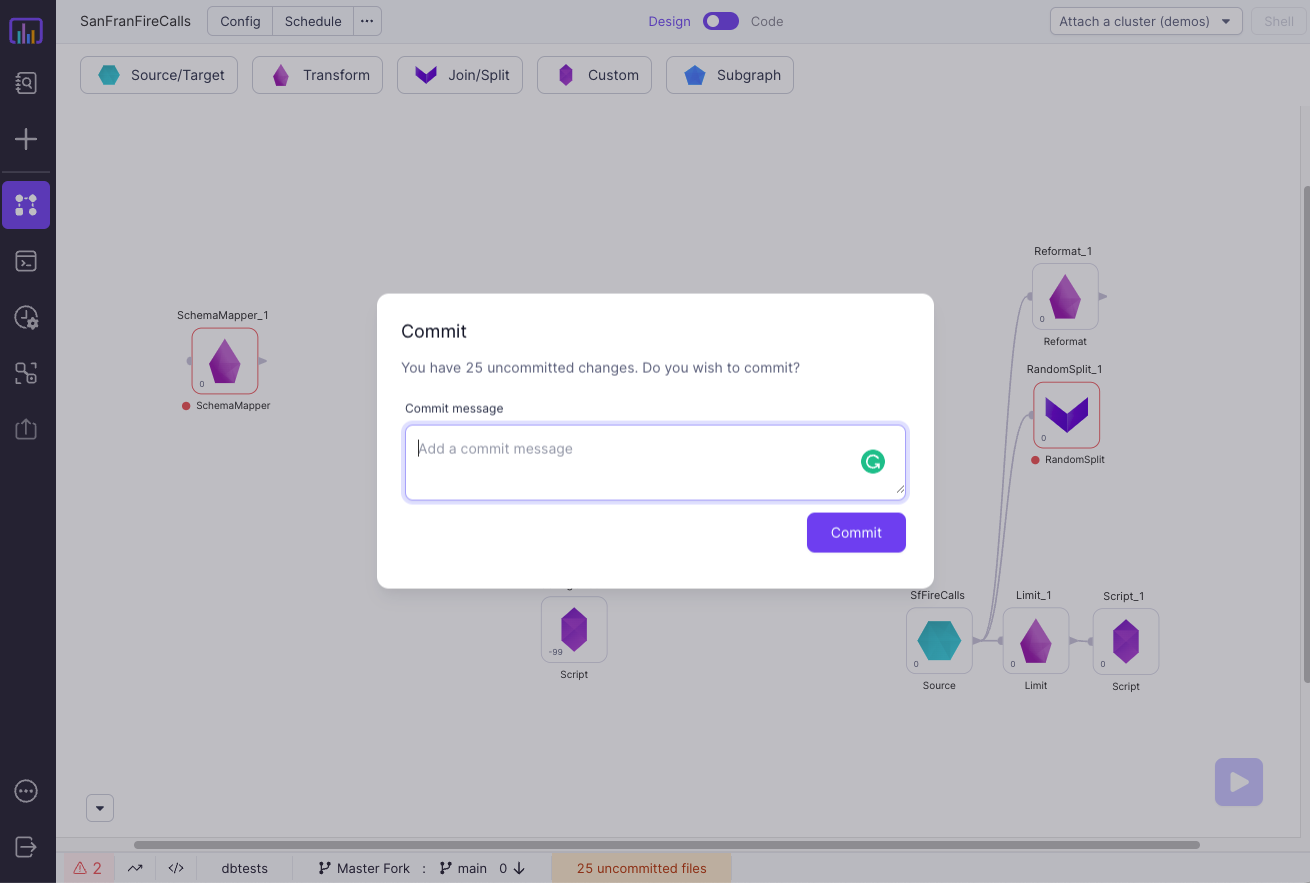 The four main phases of integrating your changes are: Commit, Pull, Merge, Release. Let's go over each in detail.

A Commit represents changes to one or more files in your Project. They are what allow you to keep and view the history of all the changes that have happened while developing your Pipelines. You can create a commit using either the Project Commits page or within the Pipeline editor itself. Committing the files saves the changes you've been working on into your Branch and pushes those changes to your Git repository so that it's safely stored.

When committing from the Project Commits page, you'll see the following: 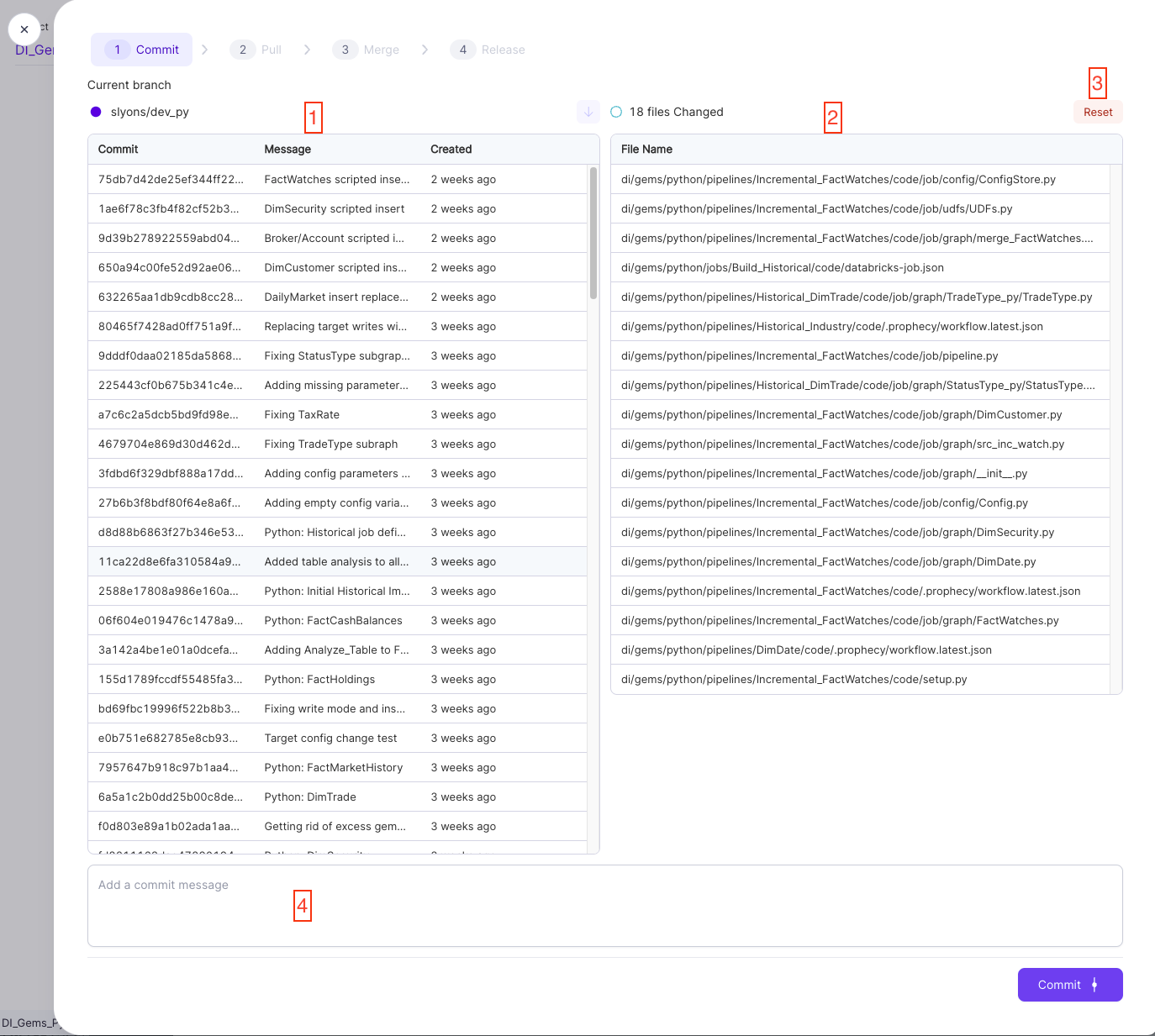 Click the button to pull the changes and you'll see the Pull view: 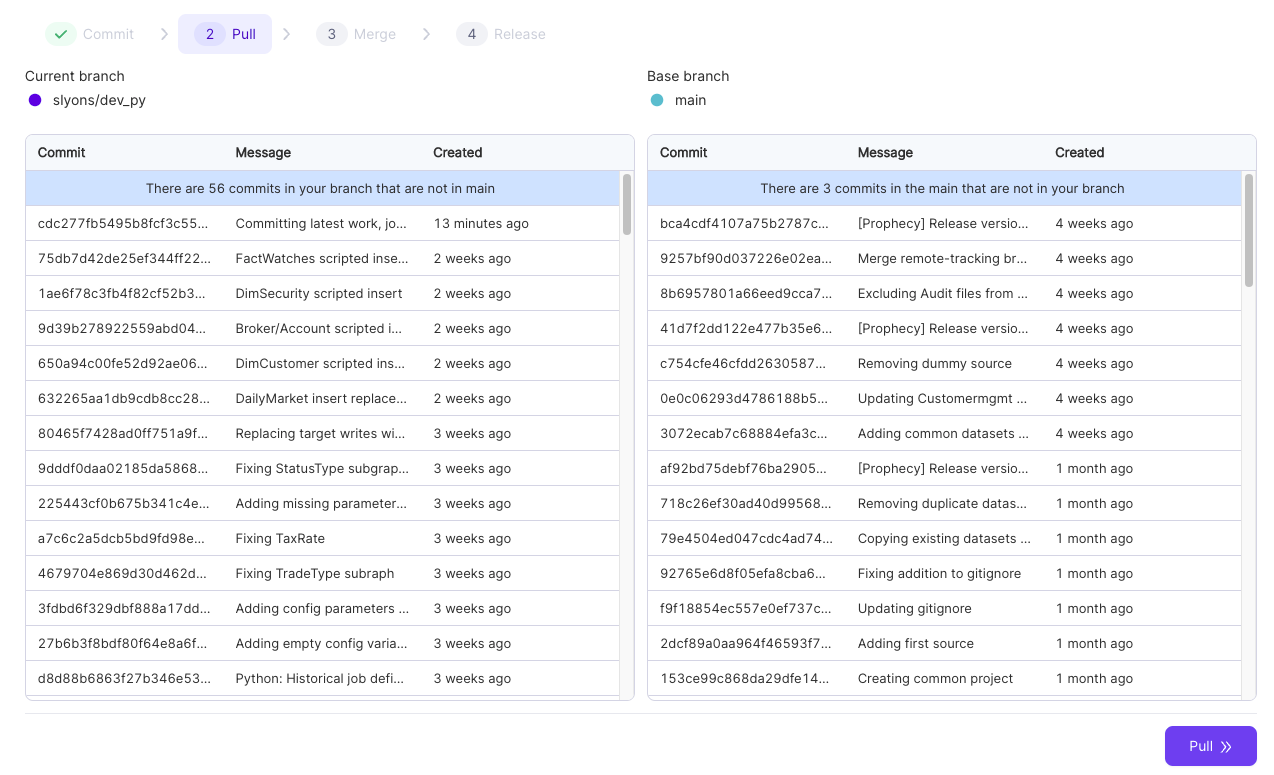 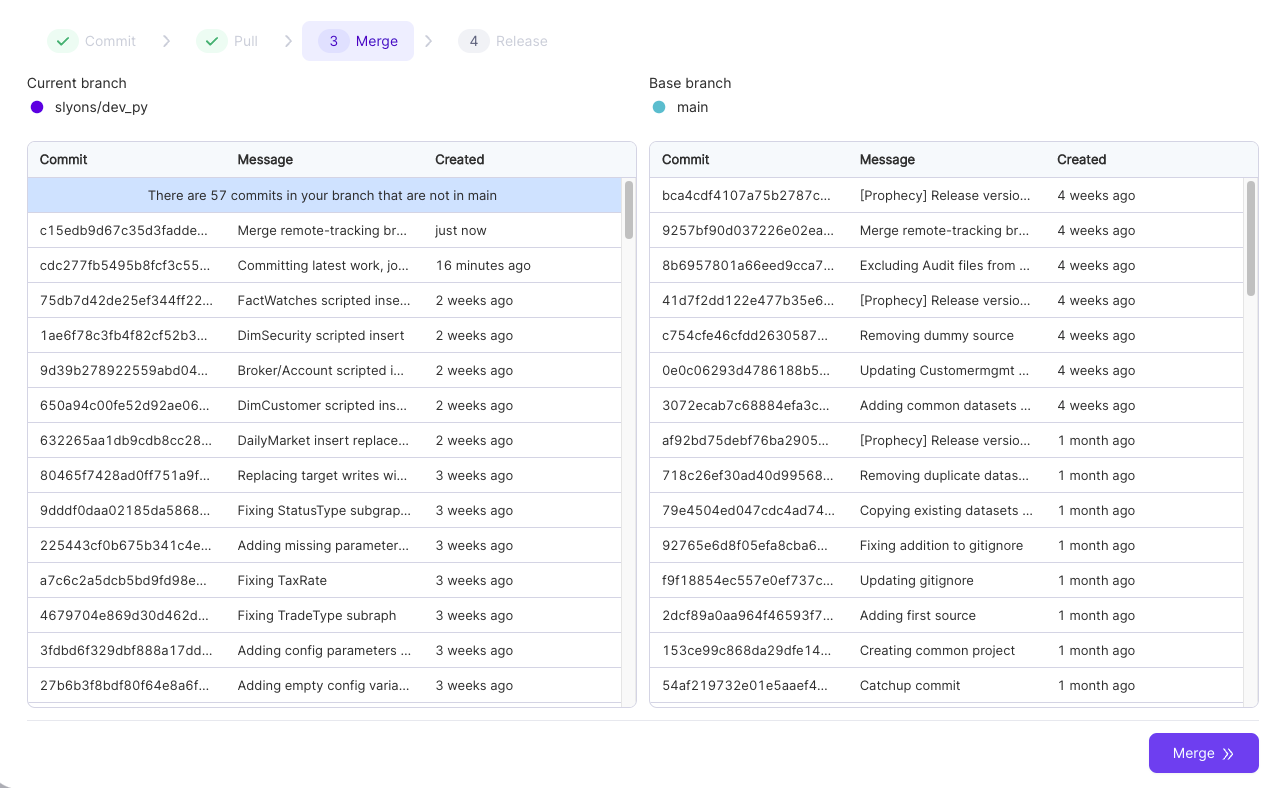 Click the Merge button to merge the changes and push them back to your Git repository.

Release tags a particular commit in the Base Branch with a user-specified version (step 6 in this diagram). This allows you designate a new version as ready for production, or inform users who may be subscribed to Datasets defined within your Project that there might be changes in the published Dataset. 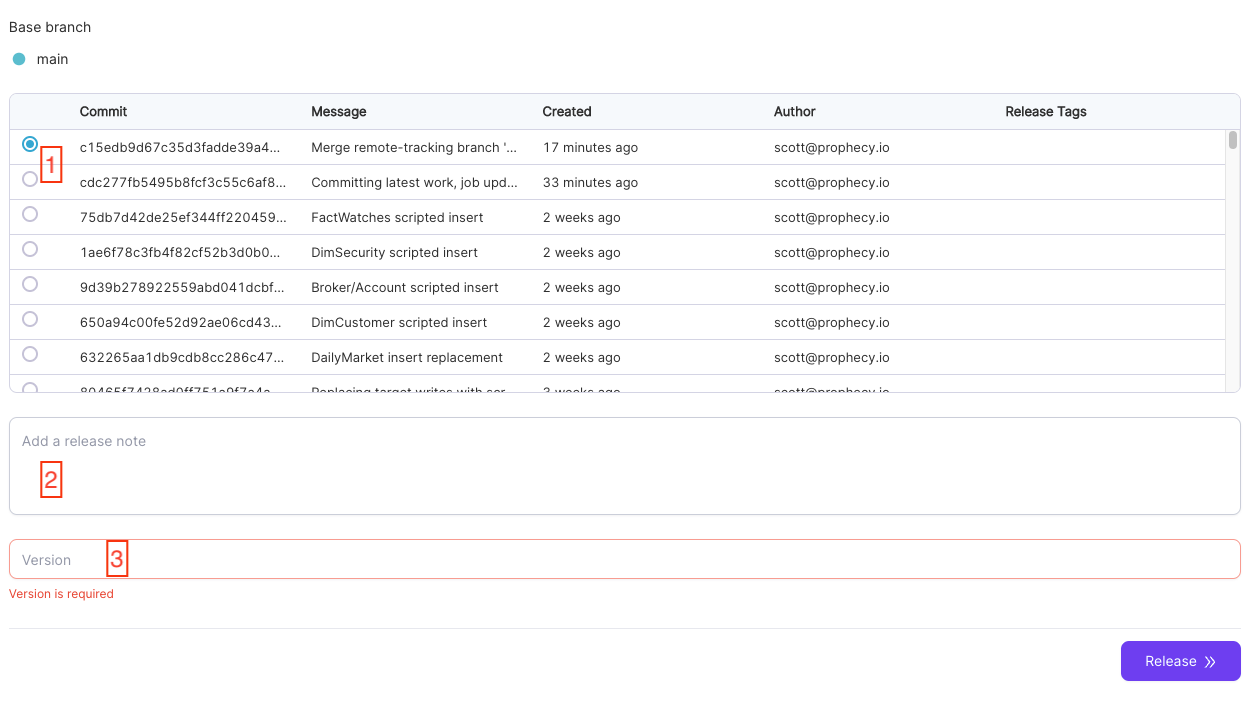