How to connect to external GIT​

To connect to an external git, the process is as easy as configuring your:

How to commit changes​

When you create your first project, dev branch is automatically created for you. This is to ensure that no edits/commits are made directly on the main branch and a proper CICD flow is followed during development.

Creation of first project and commit changes to dev branch:

Currently we are on dev branch which has our first_pipeline. Now let's see how to go back to our main branch and also create a new second_branch from the main branch.

How to merge changes​

Let's merge our first_pipeline from dev branch into main branch.

How to Pull changes​

Pulling changes from a branch is as simple as in any GUI based git interface. Let's pull our main branch into the empty second_branch which we created earlier. Please refer the below video for step-by-step example:

Currently pull only from main branch to any specific branch is supported.

How to release a branch​

Once the changes are merged, we can release a branch straight from the UI itself.

Databricks scheduler changes would only come into effect once the project is released.

How to resolve conflicts during merging​

Now let's create a project in third_branch with same name as first_pipeline and put a different path in dataset. Post this once we pull the changes from main into this branch, it would have conflicts as first_pipeline exists both in main and current branch.

One way is to use the git interface directly to resolve conflicts between branches.

Let's see in the video below on how to resolve conflicts using simple merge on prophecy:

How to use fork per usage GIT storage model​

During the creation of project there is an option to choose fork per usage as GIT Storage model. When you fork a repository, you create a copy of the original repository (upstream repository) but the repository remains on your GitHub account.

When using the fork per usage GIT storage model while creating a new project, apart from the upstream repository details, below extra pop-up would come for details of forked repository. 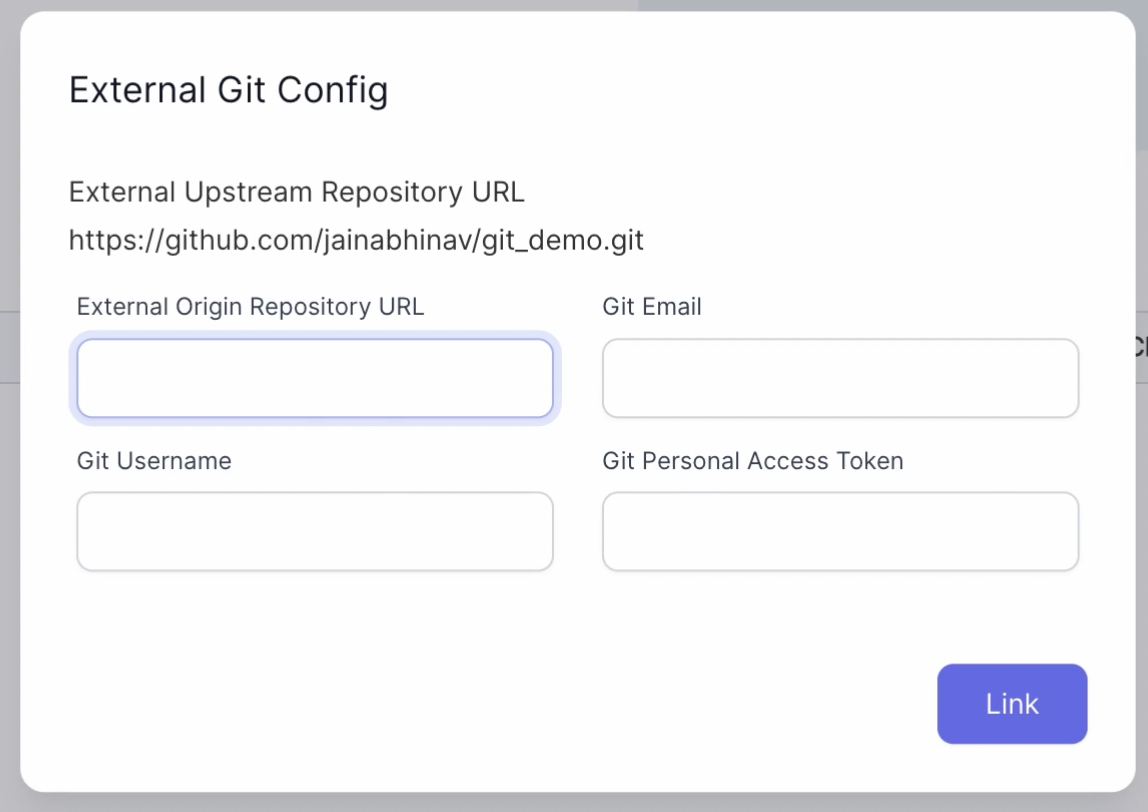 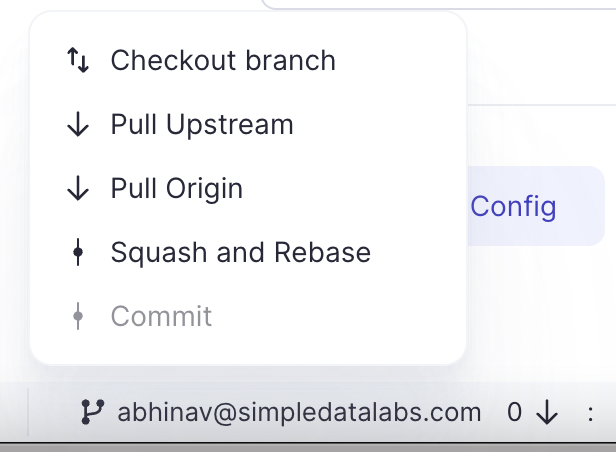